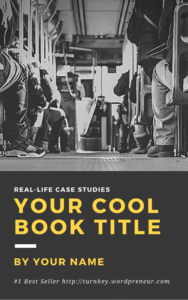 FACT: If your name appears as the “author” of a book, it doesn’t necessarily mean you actually wrote it!

It is quite likely that many of the books you’ve read weren’t written at all by the person identified and credited as its “author.” I am talking about books that are written by ghostwriters. Ghostwriters are professional writers who are hired to write books and other material for someone else who will instead be the named author of the work. The ghostwriter is typically not identified, nor is it usually mentioned that a book is ghostwritten. As far as the rest of the world knows, the credited author is the actual author of the book!

About how many of the books out there are actually ghostwritten? By its nature, an exact figure is impossible to pinpoint, but there truly is a lot. Some industry insiders, in fact, estimate that up to 80 percent of all published books are ghostwritten! I personally do not think the number is that high, but it really is up there, particularly with nonfiction books, especially those supposedly “authored” by obviously non-professional writers (e.g., business leaders, celebrities, politicians, etc.).

So if you do not have pro-caliber writing skills or simply do not have the time, if ghostwriters can work for those guys, there’s absolutely no reason why they can’t be put to work for you! 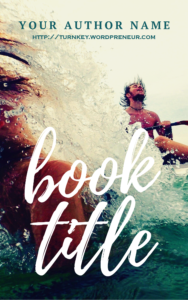 FACT: Digital Kindle “books” don’t necessarily have the same number of “pages” as traditional books. They can have less. Considerably less.

They can have more too. Considerably more. And there’d be no way for you to tell at a glance.

A good number of the independently-published Kindle books you see on Amazon are what you would consider thin or even very thin books traditionally, so much so that it’s highly doubtful you’d be able to even sell them in a brick-and-mortar bookstore along with standard books! Even if they have the exact content a reader wants — in a form that’s arguably better since they can get to what they want quickly with the absence of filler fluff — people can’t help but visually judge a traditional book by their thickness.

But that’s not the case at all when viewing Kindle book sales pages on Amazon! The thin “Kindle-only” books can and usually are presented next to the Kindle editions of traditional books since the visual thickness consumer bias is effectively nullified. Yes, Amazon does indicate the page count somewhere on a book’s sales page, but not only is finding this detail an extra effort many consumers do not bother with, for some purposes, this is of no relevance or concern to the book’s publisher whatsoever.

Practically speaking, packaged and presented sufficiently well, that thin Kindle book carries just as much weight, is just as impressive, as any book published by any of the Big 5 book publishing companies, at least to anyone seeing it online on Amazon.

FACT: Amazon charges you nothing for the privilege of having your Kindle book selling on its site!

This one blows my mind because of all the real world benefits it provides: Amazon charges you absolutely nothing to join its Kindle Direct Publishing (KDP) program and have your book added to its catalog, selling on its site like all the other books you see there. Nothing!

Yeah, they do review each new submission and will need to approve a book before it can be added on, but this is really just to weed out the obvious junk, maintain a minimum level of quality and protect its rep. But if you know what you’re doing, that’s barely much of a bar to clear and not really much of an issue or a concern.

Amazon gets its money from sales. And even then, not all that much, not by historical industry standards. You get paid a royalty, or percentage of the list price, either 35% or 70% (your choice; which rate is available to you is affected by a few factors, like the price you set, but you in essence control those too). Traditionally, the publishing industry typically pays royalties in the 8-15% range, often even less, and that’s affected by even more factors (hardback vs. paperback, total number of copies sold, which retail channels the sales come from, etc.). If your objectives with your book aren’t really sales, of course, the great Amazon royalties are academic.

The bottom line, though, is this: You don’t need to pay Amazon a single cent to play in their playground! 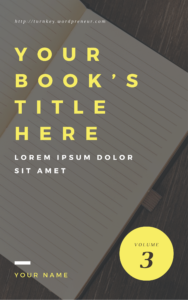 Besides not charging you a penny to have your Kindle book up on its site, Amazon also does not impose time limits or similar restrictions. So, for all intents and purposes, once in their catalog, your Kindle book’s there indefinitely. They don’t even have sales requirements (where you have to make X number of sales in a given period to stay in the catalog). So essentially, your Kindle book will be evergreen content, pretty much working for you forever, so to speak.

The ramifications of this are crystal clear: Getting a “business presence” on Amazon through one or more Kindle books is probably one of the best investments you can make for your business!

So, are you ready? Armed with the cool facts above, click on the button below to see an easy action plan you can put immediately into play to get a Kindle book on Amazon working hard for you and your business right now!
SEE THE ACTION PLAN NOW 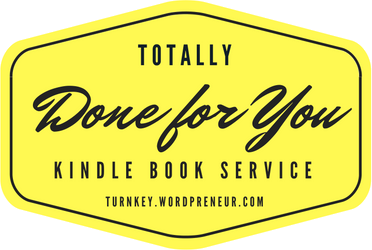 “[A]n author who really understands graphics, and has a playful side, too.”